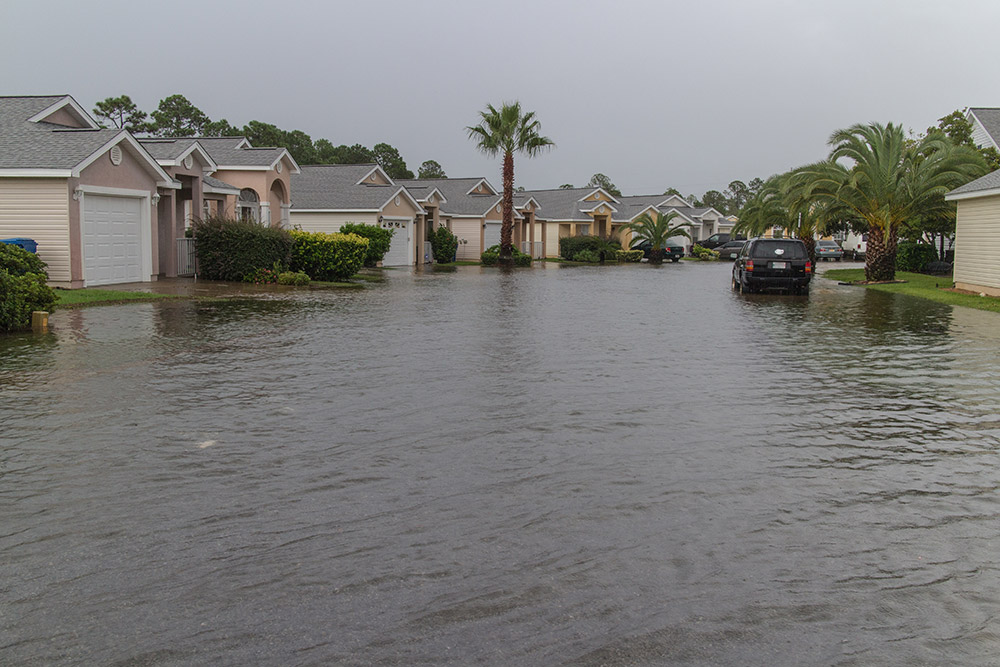 If you work or live in Florida, you know that tropical storms and hurricanes (and the resulting damages) are not just another piece of news for you. These storms, usually accompanied by heavy rainfall and high winds, are quite terrifying and often leave behind considerable damage to the life and property. People who are new to the state generally fail to prepare for the emergency in advance. On the other hand, native Floridians tend to be overconfident about the storm, thinking that it will either miss or even if it hits, it won’t be detrimental to the point that it would require being prepared ahead of time. From a Public Adjuster’s viewpoint, both of these attitudes further add to the storm-induced damages and losses. This is very much clear from the recent Tropical Storm Eta.

Most people in the Sunshine state that necessary preventive measures, but there are few, who avoid taking any action until the intensity of the storm is above the critical level. In other words, they treat tropical storms as just another rainy day of the week. However, Tropical Storm Eta clearly showed that it can be way more than that with respect to damage. Despite being a tropical storm, it was classified as Category 4 storm that wreaked havoc on different parts of Central America.
The 2020 Tropical Storm hit the Florida Keys on Sunday, November 8, 2020 and soon began to move across the state. Heavy downpour and stormy winds posed danger to most parts of Florida, including South Florida. The winds were not hurricane-forced, but they were strong enough to remove roof tiles, trees, and fences. Undoubtedly, the moisture together with strong winds led to substantial devastation. Roof leaks as well as water damage from the storm were considerable.
Concerns among US citizens were low when the storm touched the shores, but storm watches were issued that were later upgraded to warnings. State of emergency was further declared with the orders to evacuate for the population at risk. Tropical storm Eta brought hi-speed winds as well as rainfall that surpassed 10 inches (up to 16 inches in some places), leading to more-than expected flooding. The statewide loss estimate due to the storm was $1 billion USD that went up later as more people began to file claims and more accurate information became available.

Signs of Damage Due to Tropical Storm Eta

Substantial storm damage is easily visible, like the wrecked roof, damaged porch, scattered or broken items, and cracked or shattered windows. So, it makes sense to look for not-so conspicuous signs of storm damage, including:
• Missing or damaged shingles on the roof
• Water leakage in the attic
• Water stains on the walls and ceiling
• Damage to outlets – check if they are working properly. Seepage in the walls can disrupt wiring and outlets
If your home has sustained severe damage, you may even require to relocate temporarily.
Moreover, if the storm has affected your place of business, your operations may get disrupted for some time.
Remember that some types of damage are not very obvious immediately. Many homeowners tend to so concerned about major types of damage that they often overlook seemingly minor ones that can prove perilous in the long run. Water damage is one such type that can lead to substantial financial loss if left unattended.
Handling storm damage insurance claim can be complex, frustrating, and time-consuming. The insurance policy itself is hard to decipher due to its technical nature, and more so because insurance carriers need a lot of information and don’t offer appropriate settlement amounts in most cases. Storm-induced damage, as mentioned above, is not always immediately apparent.
Therefore, Florida state laws provides you with a “3-year” window from the date of the storm to file, reopen, or even supplement a claim.

How to Recover Damage from Tropical Storm Eta

Flooding and flood-related losses due to Tropical Storm Eta were the biggest concern, and the storm also brought with it gusty winds and power outages. This combination of storm, water, and flood damage has left many property owners struggling with their insurers to obtain appropriate settlement amounts to recover the losses due to this unforeseen disaster.
Note that flood-related damage is not covered by most homeowners’ insurance policies. It is also treated differently from water damage. However, anexperienced public adjusterlike Benito Paul can effectively categorize the damage you have had sustained and help you file a claim within the scope and purpose of your policy.
If you are the one who sustained losses due to this tropical storm, you should contact a reputed public adjuster like Benito Paul before filing your property damage claim with your insurer for compensation, to ensure that your claim exceeds your deductible, right before you make a claim.
In case you have already filed your claim, but unsatisfied with the insurer’s offer, Benito Paul is there to help you out.

The devastating Eta storm reminded us all that taking necessary precautions for any storm or hurricane is well worth the time and effort in safeguarding our home (and our pocket too) from potential damage.
If your residence or business was damaged by Tropical Storm Eta, call an experienced public adjuster, who can navigate the insurance claim process appropriately on your behalf. If your claim was underpaid or denied altogether from your insurer, or you want to make your initial claim,
Benito Paul can help you receive the best settlement amount possible in a fast and hassle-free manner.